The Supreme Court of Victoria congratulates Justice Button on her appointment as a judge of the Federal Court of Australia, effective 16 January 2023. 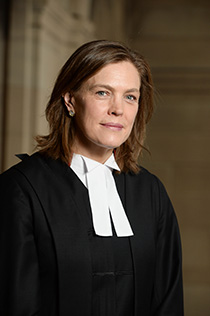 Justice Catherine Button was appointed as a judge of the Supreme Court of Victoria in August 2021. Her Honour presided over matters in the Commercial Court. Her Honour graduated from the University of Melbourne with a Bachelor of Arts and a Bachelor of Laws (1997), and later studied at the University of Oxford (2000-2003), graduating with a Bachelor of Civil Law, a Master of Philosophy in Law, and a Doctor of Philosophy. In 2018, she took silk and practiced in corporate, commercial, regulatory and tax law.

Read the media release from the Federal Court of Australia.